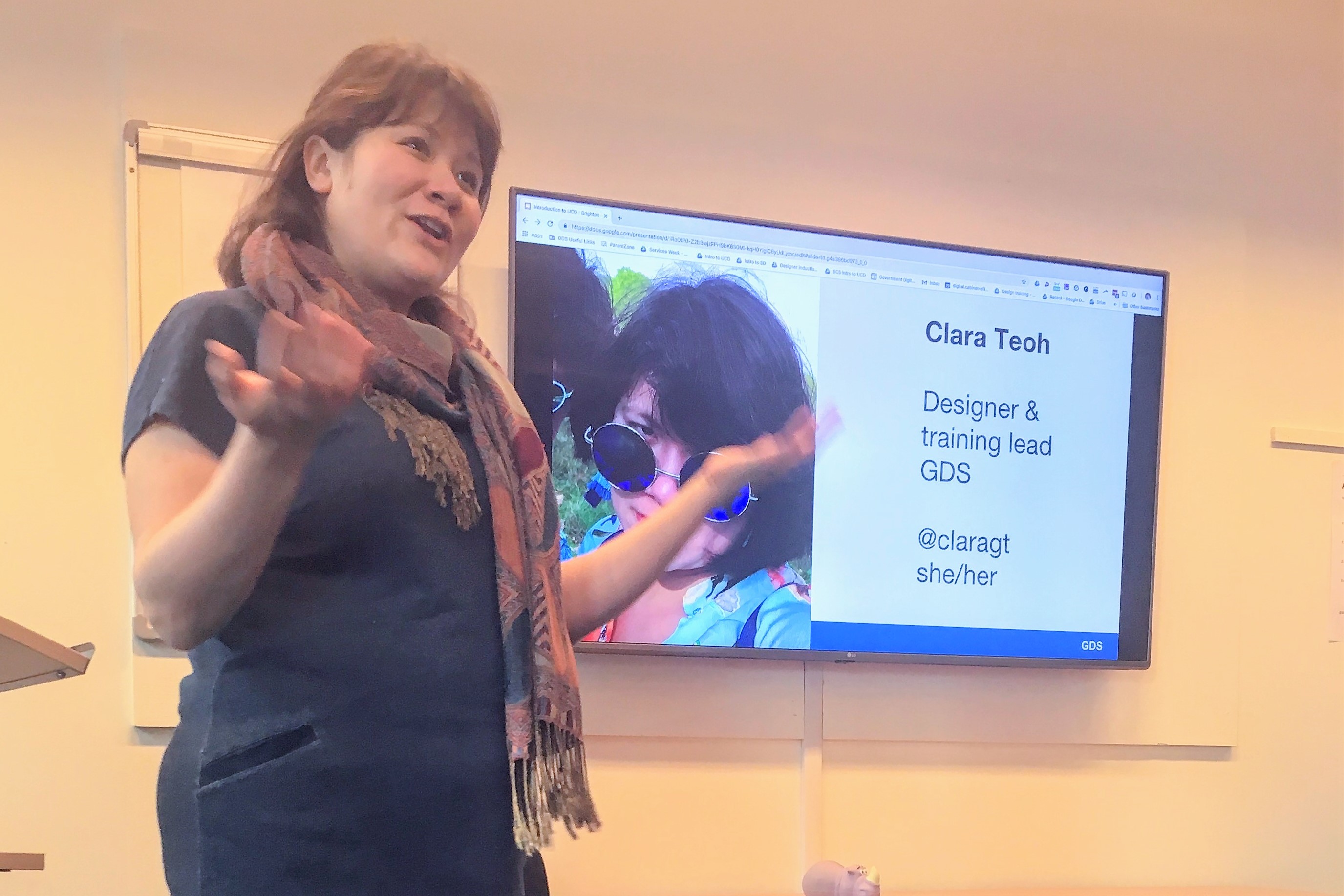 I was recently in Brighton where the city council hosted a Government Digital Service session from Clara Teoh and Liv Comberti on user centered design.

Here are things I found most interesting:

People need to know where they are and how to get to their destination – the actually geography isn’t relevant when you’re underground.

The user. Not a user.

To fully understand the user needs, you need to understand the end to end journey they follow when fulfilling the initial need. Rather than a linear process, in GDS this is done by mapping out the various phases of the journey, and then exploring the different activities, needs and touch-points for each phase.

This helps give a rich picture of the whole process that the person goes through to influence and inform the design.

There is no such thing as user error – there are only behaviours which aren’t understood. This is a bit about semantics – users may make mistakes, they are human, but the best design limits the chance and likelihood of mistakes as much as possible.

Everyone benefits from accessible services, not just people who have a permanent disability. Everyone has experienced a disability themselves at some time – temporary or situational – driving on a motorway and not being able to cognitively process long road signs, or being a new parent and only having use of one hand while holding a baby.

The course was ‘about the discussion, not the answers’. What this meant was, the day was about changing the way you approach digital services, considering the user need in all aspects of your work.

The day was split into different themes, and each theme was split into a number of short tasks or 5 to 15 minutes wheregroups of 2-3 people would discuss a situation and then all groups would feed back highlights to the room.

One well received complement from the facilitators was that they thought digital people from a local government background came with an existing impressive respect for user needs already.

I think this is because they’re often closer to the front line than their peers in central government, and have more opportunities to engage directly with users.