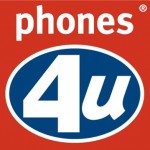 Last week I was at a conference with a large number of national and international businesses.

Following some breakout sessions I was standing behind three delegates from Phones for you in the lunch queue. It appeared they had been to a session about Social Media and were rather unimpressed with what they heard.

Delegate one: What a waste of time
Delegate two: I know. Just cancel the millions in our social media budget and give it to sales to get some proper business
Delegate three: As if people really use social networks to talk about what companies they like!

It’s a shame, as Phones4u’s twitter account is pretty busy and deals with a lot of customer questions.

Some companies still have a long way to go to show the benefits an active social media team can have to the rest of the organisation. And some people need to understand how social media works, it’s open to anyone…

I’ve had a quick chat on twitter with @phones4u about this post, and pleased it was taken in the spirit it was intended:

@tomsteel Hi Tom, we’re disappointed to hear this, particularly as I manage our Twitter Inbox on a day to day basis & the majority of my job involves helping our customers – definitely not a bad thing. Where were you – Fort Dunlop? Thanks for letting us know. Liz.

@phones4u Not a bad thing at all. I won’t name names, but hope you can use it to raise the profile of social media & change opinions.

@tomsteel We do too! Most big brands have a social media presence & see it as a positive thing – the only exception in our industry being Apple. Maybe it’s the course that needs changing as they obviously didn’t have a great impression of what we do. I’ll feed back