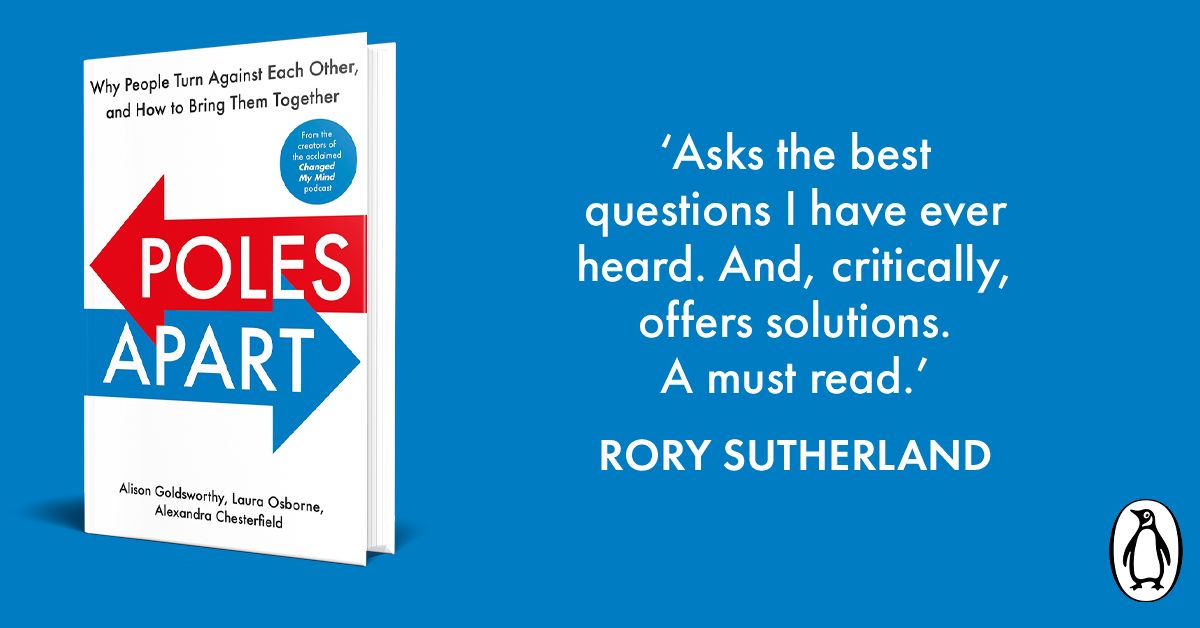 I’ve just read Poles Apart: Why People Turn Against Each Other, and How to Bring Them Together after having it recommended by an old colleague. It is well researched, insightful and accessibly written.

It has earned many highlights on my Kindle and I recommend you read it yourself. Here are some of the quotes that I highlighted to give you a taste:

“You have to be comfortable with being uncomfortable. And I think the key takeaway there is that if we continue to only speak to people who agree with us, we won’t make change. We won’t change people’s minds. So the first step is being comfortable with being uncomfortable: being willing to speak to people who don’t agree with you. The second is that we have to recognise that the people that we’re speaking to, that maybe we see as enemies or as adversaries, quite often have a lot more in common with us than we care to realise”

“Liberals tended to be good at solving the problem when the ‘correct answer’ proved that gun control reduced crime. Conservatives were better when the answer proved the opposite. In short, people with high numeracy skills were unable to reason analytically when the correct answer collided with their political beliefs.”

“Arguably, though, the most successful mechanisms for resisting political polarisation are, paradoxically, the ones that actually include by design a degree of tension or conflict.”

And two which will particularly resonate with those involved in agile delivery teams:

“The fact is that better decisions get made when a range of different perspectives are heard. More mistakes are avoided. New furrows are ploughed.”

“When disagreement comes from a socially different person, we are prompted to work harder. Diversity jolts us into cognitive action in ways that homogeneity simply does not.”

Find out more at www.wearepolesapart.com.