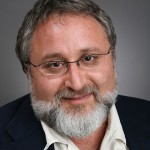 Anonymity is not profitable

A million dollars behind

“Thinking about this as bilateral bargaining, they’re a million dollars behind on what it would cost to sit on my shoulder while I surf for the rest of my life. “

From “The Man Who Would Not Use Facebook For Anything Less Than A Million Dollars” at www.forbes.com