I like the effect that a tilt-shift lens gives – turning a bustling city into a model railway set. The effect is created using a special lens which gives a very shallow depth of field on objects far away. It’s better explained in this article:  What is tilt-shift photography?.

The lenses aren’t cheap (theonlinephotographer.typepad.com) but the effects can be brilliant. In the spirit of web ingenuity and freedom the good people at tiltshiftmaker.com have created a nice little online application which can give the same effect to your own photos. It works best with wide angle shots with a deep sense of distance, and the results are very effective.

Here’s a photo of Beachy Head which I took earlier this year: 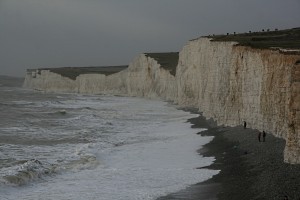 And here’s the same picture after I’ve put it through the Tilt-shift Maker, suddenly the photo takes on a whole new feel. 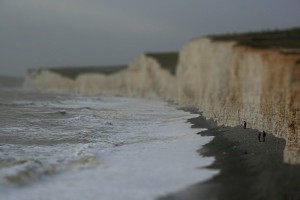 Here’s another photo taken from Christ the Redeamer in Rio, Brasil last year: 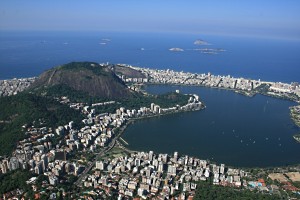 And again after it’s been put through the Tilt-shift Maker: 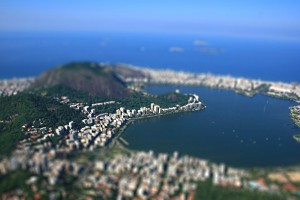 There’s a group on flickr where people publish their results, there’s already almost 4,000 photos there. Have a go and add your own.