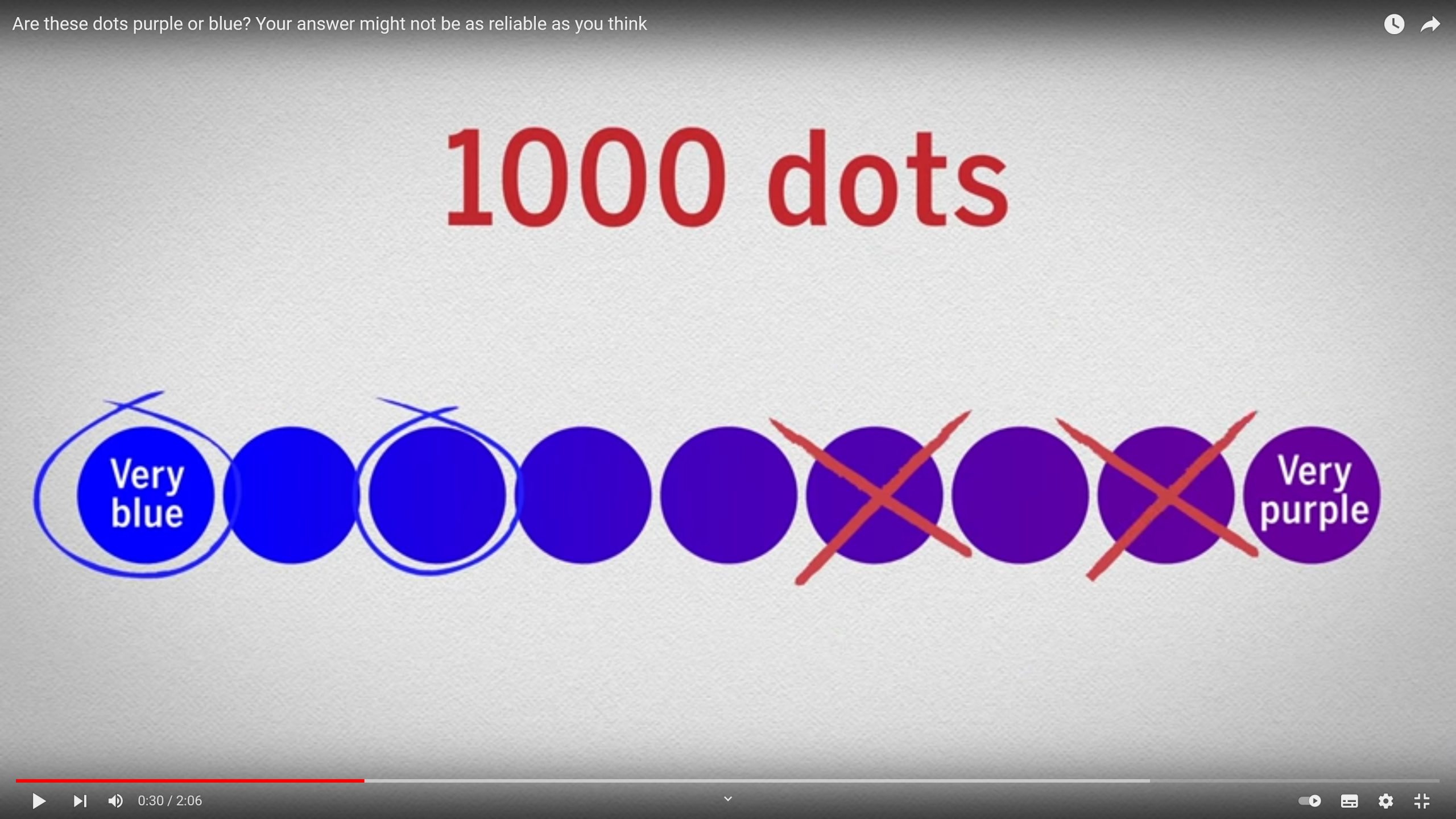 In 2018, Brandon Speck wrote an article in www.livescience.com about “Prevalence-induced concept change in human judgment“. It details a series of experiments which show how important context is to humans in how they perceive world around them.

200 subjects were shown 1,000 coloured dots and asked to identify which were blue, and which were purple. The dots ranged from very blue to very purple (a video which includes examples is shown below)

200 people were shown an equal number of blue and purple spots, and categorised them accordingly, roughly 50/50.

But then the conditions changed and the number of blue dots was reduced, and purple dots increased. Surprisingly though, this did not proportionately affect the results.

Subjects began categorising spots as purple which they had previously identified as blue. This continued even when they were warned that there were less blue dots.

The participants continued mistaking purple dots for blue ones even when they were specifically warned that the number of blue dots was going to decrease or when they were offered a $10 reward for responding to repeated colors the same way at the end of the study as they did at the beginning of the study.

Once this behaviour is recognised, it can be seen across society, the way humans interact with each other, and the services we use.

When building a digital service, a unnecessarily mandatory field may not be perceived as a serious issue when creating an MVP, but in a live service it is a serious problem. The issue itself is exactly the same, but the context is entirely different.

Inversely, appreciating the journey a service has taken, and the fortitude to be in a position where the biggest concern is whether a form field is mandatory or not, must not be forgotten. It makes it hard to be happy with what you have.

Read the article at www.livescience.com/62962-blue-or-purple-dots-illusion.html and view the report at www.science.org/doi/10.1126/science.aap8731 [Paywall]